Newspapers have been quoting the survey by the World Economic Forum in which business leaders have been rating the solvency of world banks.

The rankings however were compiled just before the recent £50 billion bail-out by the UK, the nationalisation of the Icelandic banks and the larger US bail-out.

The website has the co-authors interviewed from the 3rd to the 7th of October. The report itself was published on the 8th October.

The UK lies behind Peru and El Salvador.

Now given this report was a survey of the world’s economists whose advice our banks were no doubt taking; should we believe it?

Are the UK’s banks really behind Peru, El Salvador and Senegal?

Or is it an accurate representation that is slightly out of date, compiled as it was slightly before the bail-outs?

That must depend on whether you believe the bail-outs will work.

If reports are to be believed the Royal Bank of Scotland is next in line to be nationalised tomorrow. If that happens then there will be further pressure on the remaining UK bank’s to be nationalised too. The banking sector could be picked off one by one by the market and the taxpayer forced to pick up the tab.

On that Iain Dale post there have already been comments about the English taxpayer bailing out the Scottish bank.

It must be a pity, to all those who carp, that Scotland is not already independent.

An independent Scotland with a similar oil fund like our neighbour Norway could be similarly insulated from these turbulent times.

It would also have the economic levers to maintain its economy best, not just for the South-East of England as remains the case today. Remember Eddie George, the former Governor of the Bank of England: Unemployment in the north is a price worth paying for affluence in the South!

Although the credit crunch is global, take a look back at those rankings.

Even Ireland, who have recently guaranteed all deposits in their banks, are sitting 9th.

The argument that Scotland is too small to be financially unstable is farcical! I don’t hear anyone saying that Denmark is too small and should be run from Berlin. (Not since the days of Adolf Hitler and the Second World War anyway!)

As countries large and small struggle with the credit credit crunch from the U.S. and Russia down to Iceland with its 300 000 population, this population argument of independence must be seen to be invalid. Iceland, with a population slightly smaller than North Lanarkshire, isn’t exactly Miramont Gardens in Pimlico! 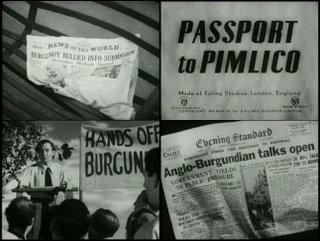 What matters now is that we take the right decisions to get out this mess.

That’s why its important key economic levers are devolved away from Westminster.

Otherwise the Eddie George syndrome will hamper ‘the North’ recovering for years.

The Bank of Scotland was the first bank in Europe to produce banknotes. The Scots took to banknotes so readily that England’s attempts to block their production – after most English banks had failed – in the early 19th century, caused a national outcry and a popular campaign by Sir Walter Scott helped secure their future.

Indeed, the Westminster parliaments subsequent inquiry found that the Scottish banknote was more successful and stronger than the English note.

Notwithstanding the legal tender argument; Scottish bank notes are not legal tender in Scotland or the rest of the UK but are promissary notes – a situation that has recently provoked anger in the House of Commons. The Labour Government at Westminster refused to alter their status; They are still in use and as popular today, and the three main Scottish banks print them.

The UK government had planned to tighten those backing rules which would have had the effect of stopping the Scottish and Northern Irish banks from producing their notes.

But under intense pressure from the banks themselves and the Scottish Government and Northern Ireland Assembly these plans have been watered down so that both these countries’ notes are safe.

Alex Salmond has hailed the U-turn as a victory:-

“Although some concessions have been made, this is a substantial victory and, as such, we welcome it. All those who took part in the campaign deserve congratulations – their determination ensured success.”

So the SNP are happy now.

They have already said that if the referendum on Scottish independence is won in 2010 then Scotland will keep Sterling as its currency at least for the short term.

Any move to the Euro will only take place after a referendum.

Currently the European Central Bank believes that if the UK moved to the Euro that would mean the end of the Scottish notes as they are not legal tender. As the UK government has recently refused them legal tender status, it leaves their survival hanging on the UK’s continued refusal of joining the Euro, a position that could easily change in the future.

However, if Scotland was independent then I’m pretty sure the Scottish notes would have legal tender status assigned to them almost immediately by the Scottish Government.

So that argument by the European Central Bank would immediately be circumvented. The Scottish banknotes survival then would be best placed in an independent Scotland.

There is another problem though. The European Central Bank is used to dealing with countries with one central bank (like the Bank of England for England); in Scotland the three note issuing banks are retail banks – the Bank of Scotland, the Royal Bank of Scotland and the Clydesdale Bank.

Hence the European Central Bank allows countries to issue their own versions of the Euro note. Since they all have one central bank its not a problem, and France happily issues its own designs for their Euro notes for instance.

Which bank in Scotland would then get that honour? I believe it would not come to that. If Scotland voted for the Euro, one of the preconditions could be that the three banks could issue their own notes and the Scottish Government could easily negotiate a derogation on the matter.

But is it likely that a UK Government on past form would insist on a Scottish (or Northern Irish) derogation if they joined the Euro? On past evidence in Europe – in a leaked memo by senior Scottish civil servant, Michael Aron – when Labour Scottish ministers were left in the hallway and ignored by the Labour UK ministers before a Council of Ministers meeting, I think not.

Scottish banknotes will always be dear to Scotland. Sterling or Euro they must survive.